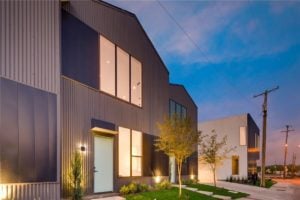 When looking at the housing market data for any given area, it’s important to look at multiple factors and consider outside factors that may impact the market. The housing market was off to a great start at the beginning of 2020, but activity plummeted in March and April with the emergence of COVID-19.

It picked up in the summer as remote work and school created a demand for more home space. Below, we’ll take a look at what the Dallas market is doing, the top neighborhoods, as well as what companies moved to Dallas in the last 24 months.

What Is The Market Doing In Dallas?

Due to the pandemic, homeowners became cautious about listing their homes and hosting in-person showings. This limited the available inventory, especially for homes priced less than $300,000. The shrinking supply and increased demand caused home price appreciation to surge, affecting home affordability.

In the Dallas-Fort Worth area, nearly 393,000 homes were sold through the MLS during 2020 which was almost a double-digit percentage increase in activity from 2019. Some of the same factors, such as the pandemic and people working and schooling from home, will remain relevant in 2021. Other factors that will affect the housing market are limited inventory but strong demand.

Number of Homes Sold Over The Last 12 Months in DFW Area.

Forecast For The Next 12 Months

Despite the same factors that affected the 2020 housing market, such as the pandemic, the limited inventory but increased demand, the Texas Real Estate Research Center believes that sales for single-family homes will increase by 8.4 percent in the year 2021. It also states that low-skill and low-wage earners will hurt most economically, but they are typically renters and not homebuyers. Other factors that will drive the housing demand for Texas are aging millennials and people moving out of state.

Some of the more affordable neighborhoods for Dallas include Cedar Crest, Wolf Creek, and South Dallas. Cedar Crest’s cost of living is 12% less than Dallas’s, while the other two are 11% and 10% lower than Dallas’s.

Who Are The Buyers And Where Do They Come From?

The metro area population of the Dallas-Fort Worth area increased by at least a million people from 2019. There are a near equal male and female population, with 57.2% of the population being between 18 and 65 years of age. The job industries with the least amount of change due to the pandemic include mining, logging, construction, trade, transportation, utilities, and manufacturing. The industries that didn’t see a negative change were financial, professional, and business services, and mining, logging, and construction.

According to North American Moving Services, Dallas, Texas ranked third on the list of top five destination cities for people were moving to while New York City, Anaheim, California, San Diego, California, Chicago, Illinois, and Riverside, California were in the top five cities people moved away from. The states with the highest contributors to the increasing Texas population are California, Florida, and Louisiana.

What Companies Are Moving To Dallas In The Future And Who Already Moved?

People aren’t the only ones moving out of California; companies are making the big move too. Among those are Hewlett Packard Enterprises, which is moving to Houston rather than Dallas. However, some companies are choosing the Dallas-Fort Worth area as their new home.
These companies include Leadr, a software company, SupplyHouse.com, Firehawk Aerospace, a company that produces 3D printed rocket fuel, Sage Integration, ProtectAll, and Lion Real Estate Group.Some companies that have already made the big move are Bonchon, CBRE, Slync.io, and Incora. Buff City Soap is moving its headquarters to the Dallas area, as did Dasan Zhone Solutions and Eatery Essentials.

If you’re wondering if it’s time to buy a house in Dallas, it depends on the housing costs, interest rates, and other factors. Check out the best areas of Dallas, the Dallas housing forecast, and read up on the neighborhoods in the Dallas-Fort Worth area to find the area that suits you.

Also, check the employment industries to see if there are any jobs in the area you’re looking for or an industry you can switch to. If you’re looking for Dallas homes for sale, there’s usually something for everyone if you know where to look. 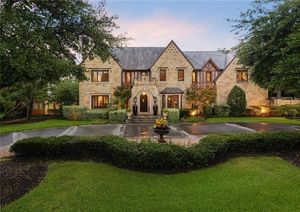 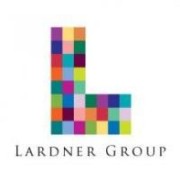